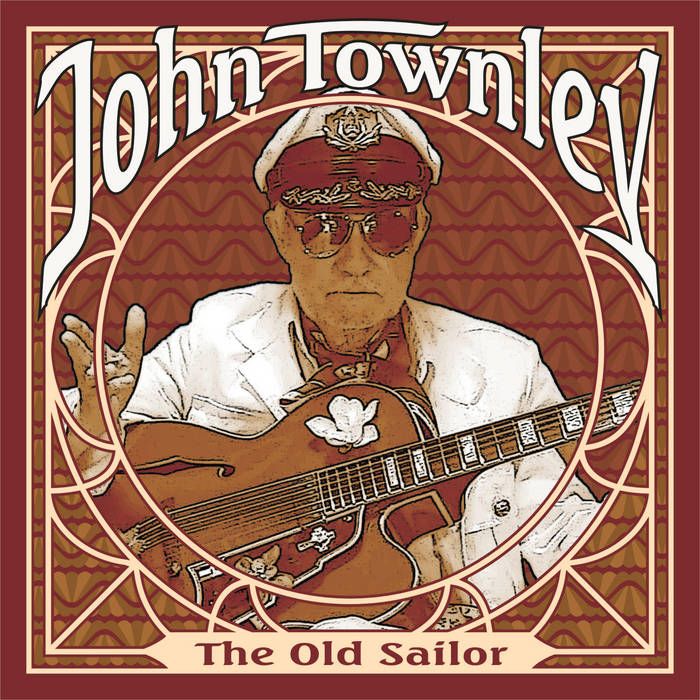 John Townley is associated with various musical projects by different groups of people. For some he's the driving force behind the double-album by The Family of Apostolic (1968), for others the guitarist of folk-rock garage-heroes The Magicians (1965-66). Yet other folks think of him as the musician/producer behind maritime albums like his own "Sailor" (1991) and "A Chesapeake Sailor's Companion" (2000) or the two albums by The Starboard List (1976-77). But in the end it's always the one and only John Townley - a man of many talents with an incredible scope of musical abilities and sensibilities.

Having studied guitar with Rev. Gary Davis in the early 1960's John played the blues- and folk- circuit of coffee houses in New York City, meeting almost everyone you could imagine in that scene. He played in a duo with David Blue, formed an all-electric folk-band in 1965, The Psychedelic Rangers, before joining The Magicians. His next venture would be founding the Apostolic Studios, the first 12-track-facility in New York.

There he recorded the The Family of Apostolic-album and the follow-up with Ocean (1969, unreleased until 2020, now available on LP
from the Lollipop Shop) as well as various projects for Vanguard Records and other labels. From the 1970's onward John’s been researching, playing and producing mainly maritime folk music, making the aforementioned albums and sailing (often literally) around the USA and Europe.

Now he's back with this new solo-album - and being the multi-instrumentalist that he is, he played every instrument you can hear on it by himself. The project started in 2014-15 with recordings at Marc Greene's studio in Brookville, NY and it was finished when Grammy-winning engineer John Kilgore did the final mixes in New York City in 2019-20. As John always has been fond of eclectic album concepts (just listen to the albums by the Family of Apostolic and Ocean!) this new album also covers a lot of ground. His folk and blues roots are represented by new interpretations and re-inventions of some real classics, on top there are also some wonderful new original songs.

Everything is tied together by John's incredible guitar playing - acoustic and electric - and his great voice (plus harmony vocals and around ten other instruments). John Townley returns with a folk'n'blues-pickin' smasher of an album - be sure not to miss it!

Bandcamp Daily  your guide to the world of Bandcamp